What is anthelmintic resistance?

For more detailed information, find the SCOPS Technical Manual in the resources section of this website.

Resistance is the heritable (and therefore genetic) ability of the worm to survive treatment with an anthelmintic. A worm is said to be resistant if it survives exposure to the standard recommended dose of the anthelmintic. Anthelmintic resistance is said to exist in a population of worms if more than 5% of the worms survive treatment. However, unless you test for resistance you will not notice the increasing lack of effectiveness of treatment until 50% or more of the worms survive, at which point the sheep are clearly not being effectively de-wormed and production losses are significant. 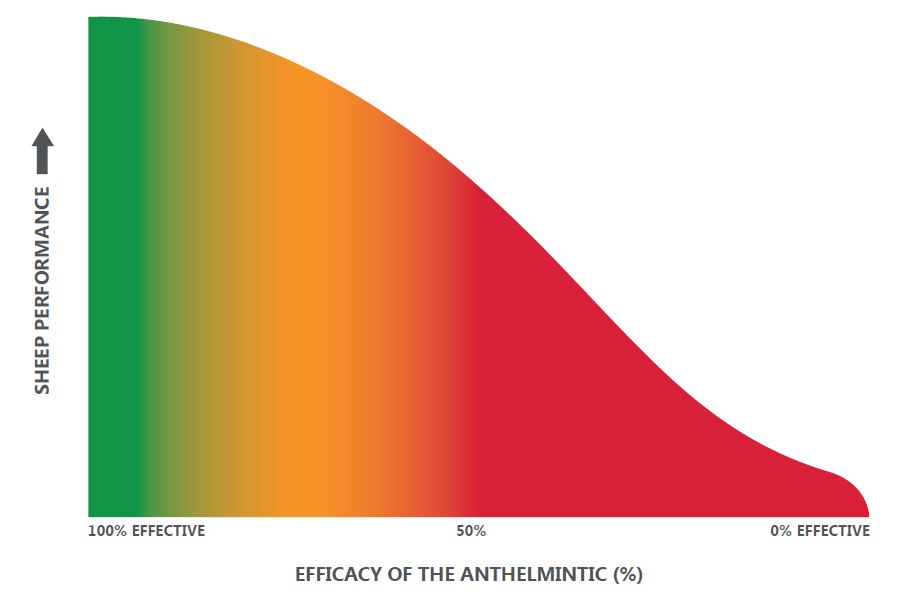 Factors affect the speed of resistance

There are five key factors which define the rate at which anthelmintic resistance develops. These factors are what the SCOPS principles are based on:-