The Sustainable Control of Parasites in Sheep (SCOPS) and Control of Cattle Parasites Sustainably (COWS) groups are urging sheep and cattle farmers not to take their eyes off the ball when it comes to the liver fluke threat risk this autumn.

While liver fluke burdens on pasture are expected to be much lower than last season, experts are warning it is dangerous to assume that applies to all farms, all areas on a farm, or that levels will remain low as the autumn progresses.

Speaking on behalf of SCOPS, sheep consultant Lesley Stubbings says: “So far, reports from around the UK support this advice. Experts are warning that farmers must keep on their guard and are predicting that, due to changes in weather patterns, acute liver fluke cases may occur later than normal.”

Advice from SCOPS and COWS:-

Diana Williams, Liverpool University and a member of COWS, says: “Snail numbers on farms were high at the beginning of the season. While the hot dry weather caused numbers to drop during July and August in most locations, this was not the case everywhere, with high numbers of snails observed in some persistently wet habitats. This means that although overall numbers of snails are likely to be lower, specific areas of pasture may still present a high risk of fluke.”

John Graham-Brown of NADIS agrees: “The NADIS forecast anticipated that the hot dry weather over the summer months would have reduced snail activity, with lower infection levels of fluke on pasture as a result. Our predictions suggest the peak fluke season may be later and shorter this year.”

On many farms where animals would normally be routinely treated, testing not only aids the timing and choice of treatments but also helps to avoid unnecessary treatments of animals. SCOPS and COWS encourage producers to consider the range of tools available to them:- 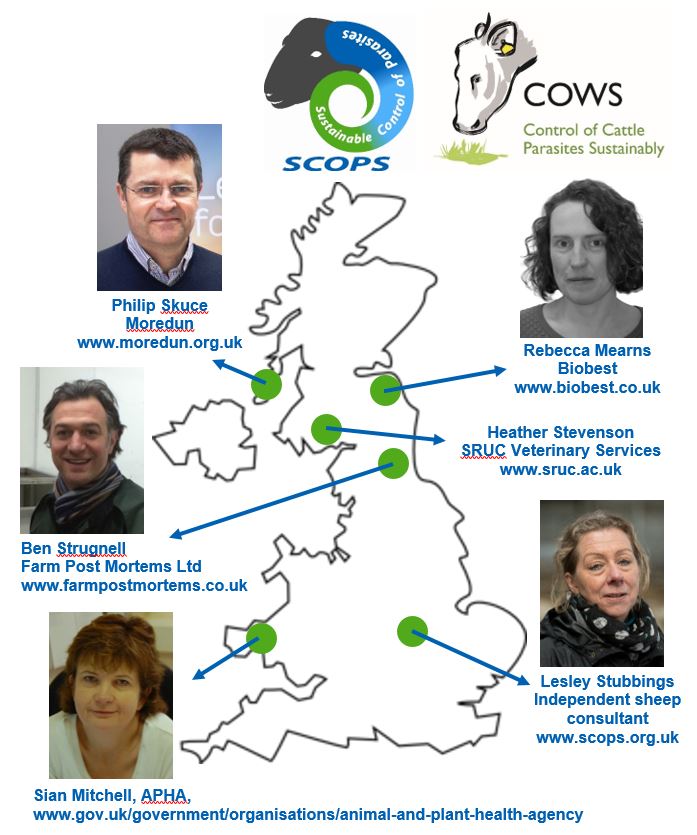 Updates from around the UK